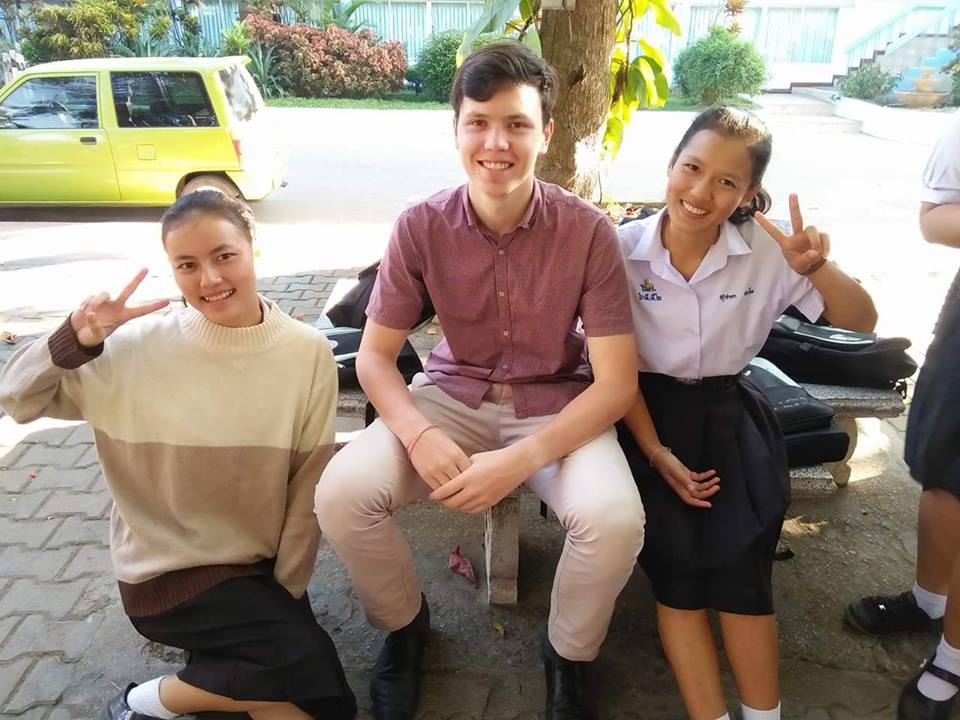 My year has been so varied that starting this reflection had to be one of the hardest things I had done all year. It has been like some of the things I thought it would be, but it has also been a lot of things I would never have imagined it being. The beauty of this year has been the spontaneity of it, the moments when something pops up and the idea of what it could be is too tantalising to refuse. If this year has taught me something that I would have not expected, it is this; take every opportunity you can because even the things that seem mundane or repetitive can open you up to things you would never have imagined. Now I am not saying that everyday you will wake up and there will be someone telling you they are going to the shops when instead they end up going to skydiving, it is simply never that outrageous. On the other hand I have found that you will find things as simple as getting a lift in a car, for example, can be an opportunity to make a new friend using a language you just learnt. I’m still marvelled by the generosity of this friend now, his willingness to first give us a lift from the side of a dirt road, to then sharing some beers with us and then finally introducing us to his family and children. Every minute of that afternoon turned out to be so much more than I imagined when I woke up that morning to teach.

Teaching is also something I’ve learnt so much more about, that is not surprising but it has been one of the more enjoyable parts of the year. As my confidence and my knowledge of the students’ ability grew I was able to plan and construct my lessons so much better. Teaching is so much more enjoyable when you make the effort to do it well; by planning and pre-empting the class I was able to be more relaxed with the students, something I noticed the students definitely appreciated. The students had to be engaged and inspired to really want to learn, when they saw their language skills developing or at least becoming useful, it contextualised everything that had previously seemed useless or unnecessary.

An interesting parallel to be a part of has been between my own language skills and those of the students I teach. Already most of them are bilingual and learning their third and fourth languages so the comparison is somewhat different. However, it is wonderful to see some of my students’ English ability develop so much whilst my own Thai ability develops similarly. As we are forced to speak Thai everyday through necessity, the students become more confident in speaking English in everyday encounters. This has been wonderful to watch as previously many students were fearful of foreigners or simply embarrassing themselves. Similarly, I have thoroughly enjoyed expanding my Thai from the most basic of responses to conversational levels. It’s constantly engaging to navigate through different situations using both Thai and English, a never-ending opportunity for learning.

It’s worth noting the difference between Thai and Australian attitudes towards learning foreign languages. In Australia it seems as though having the command of multiple languages is a handy skill or hobby that is useful but not essential. While Thailand appears to have a completely different attitude where foreign languages are seen as not just a skill but also a necessary part of both the education system and life in general. Foreign writing is littered throughout the country and it is expected that you speak a major language such as English or Chinese if you are to succeed professionally. Yet rarely would you ever see large amounts of foreign scripts outside of local immigrant communities. The Thai and Karen attitude towards being multi-lingual is an example that is humbling and inspiring, one that I hope will motivate my friends and myself in the future.

One of the biggest motivators of this drive to educate is the tight-knit families and communities that I have been surrounded by throughout my time here. It’s awe-inspiring seeing a mother or father’s face light up upon realising that their child can properly communicate in an entirely new language with a person from a far-away country. This universal familial love which I’ve been fortunate to witness at countless weddings and family gatherings has been a touching reminder of what I actually valued so much when back at home.

It might seem strange but what I’ve missed the most while here has been the people from home. Occasionally I may miss certain foods or things from Australia but seldom does it last. In reality I haven’t been homesick frequently since initially leaving Australia but I have become more appreciative of the things which I may have once overlooked or undervalued such as the most simple of family occurrences. In saying this, never have I missed home enough for it to overshadow the wonderful things that I am able to experience daily here.

Before leaving Australia I thought that my faith would develop and I credit this to the nature of the Service Year being similar to things I had done in school and the fact that I had been sent by a Jesuit organisation. In truth, my faith has developed, but not through the things that I thought would once promote such a change. The weekly masses that we are able to experience in Huay Tong village are occasions that seem both uncomfortable and amazing at the same time. Week upon week the whole village turns out in traditional Karen clothing, everybody from the smallest of babies to old men and women who need help just to sit down. The masses are spoken entirely in Karen, a language none of us can understand, and they last much longer than the average mass in Australia. Yet the sheer spectacle and the community’s love that so obviously emanates from the building encourages a wider understanding of the beauty of faith and the Church, in inspiring a loving and caring culture whilst also promoting the traditional Karen traditions. This sense of community I believe has been somewhat lost in Australia, but is definitely something that I will miss the most once returned.

The pace of life, especially in contrast to my previous HSC year, is a welcome change. Without the pressures of school and a much simpler routine it has been easier to slow down and appreciate the things that would normally fly by. I don’t think I will have a year like this for quite a while and so it has been a wonderful opportunity that will never fade in its value or memory. The places, faces and occasions that so defined every amazing moment will be etched in me for many years to come.